Microsoft that is... using similar fonts, squared (like MS's Metro UI) with Blogger and Gmail and now their new home page with the drop down floating menu (*sick*)


BBC joining the action too with their new homepage! and they're not the only ones either...

Is Microsoft leading the way, away from bubbly, round cornered, glossy looking pages? I know the Google buttons are slightly rounded, but come on ... they got the idea from somewhere!

Just a Micro-observation. That is all.
Posted by Jayton Garnett at 12:54 No comments:

Windows 8 - Putting the Win in Windows

All I can say is WOW.

Well not really, as I've been testing it in a VM so had some fun with it and I would like to reiterate my last sentiment...

Hows about that boot time? Pretty impressive even if they are 'cheating' a bit.

This is the most radical shift in Windows since '95, it may be too soon to call but I'm going to say it will be a hit. I've shown my wife and mother some bits and pieces and they really like what they've seen, my mother has just bought herself an Android tablet (the XOOM, if you must know) and I have been left disappointed by it.

Honeycomb has not hit the sweet spot for me and I do regret telling her to go for it, but it was her call and she really wanted another device as her 3+ year old laptop motherboard packed up and her phone went in for repairs ( HTC Desire S, if you must know) so she had NO internet connected devices, other than her internet TV (Panasonic Viera, if you must know) which doesn't provide Facebook access. So you can see she was kinda desperate for a device. Though I did warn her that tablets are not replacements for laptops yet.

That's where Windows 8 comes in, I believe it will be the all encompassing OS. It'll be great for corporates, buy your staff an i5 tablet with more than enough grunt to do most daily tasks and enough battery power to last the day while out at meetings. When they come in, they can dock it with a blue tooth keyboard/mouse, charge it up and continue working with either Metro apps or using normal 'legacy' Windows apps.

I think the only issue may be developer adoption, but I think Microsoft are aware of this - hence the give away of Windows 8 developer preview without registration and a whopping 5000 Windows 8 tablets at the BUILD conference to get things kick started.

My hat goes off to the softies, it takes balls to make a jump this big. Apple seem to be standing still now, even with Lion and all of it's extra features, they'll be 2-3, maybe even more years away from this sort of integration between laptop/desktop/tablet, if they do anything like this in the future. Android, well sorry matey you just haven't pulled it off (yet).
Posted by Jayton Garnett at 22:58 No comments:

Just had the fearsome 80072EE2 error code on a fresh install of Windows, connected to a basic firewalled internet connection, no rules setup for the firewall etc could browse the update site too.


The Windowsupdate.log file in c:\Windows\ had some errors, which search revealed some tips, but none that worked. I had renamed SoftwareDistribution and it's the subfolder Downloads before that,  disabled WMI service and renamed the folder in C:\windows\system32\wbem\repository restarted the service, nothing. Rebooted the PC. Nothing.


So I switched over to our LAN instead and it worked. The only effective difference is that when I connected the PC and got prompted "Is this a home, work or public network" the first time I chose Public, as it is. With out LAN I chose Work network.


So just a tip for everyone out there, try this before stopped services and renaming folders or reinstalling network card drivers etc. 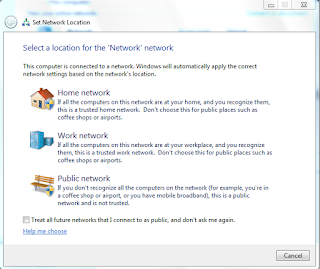 Then try the Windows updates again and see how you fair, if this doesn't work you can follow one of these guides that I had already known about and tried before searching for my specific problem. If you know of any other methods please do leave a comment or send me a message so I can add your resolution to the list below.


Posted by Jayton Garnett at 22:37 No comments: