I've been using Windows 8 Consumer Preview at home on and off for a while now and enjoying it so far and found nothing I couldn't do with it that I could do with Windows 7. I thought long and hard about it and I've decided that I would install it on my work computer. I can hear those gasps from here, calm down!

Yes, I have installed Windows 8 Consumer Preview on my work computer, that is in a live working environment and would be in used 9+ hours a day in my consulting and support duties with customers using Window XP - Windows 7, 2000 Server - Server 2008 R2, SBS 2003 - SBS 2011,

The main reason I wanted to try Windows 8 Consumer Preview is that Oracle's VirtualBox kept BSoD'ing my Windows 7 installation, the USB drivers were the cause, I even had most of the hardware replaced by the OEM. The other reason I chose Win8CP over other available options is that it has Hyper-V built in. I do a lot with VM's and £200 for VMware workstation is definitely not an option when Win8CP can do it out of the box. Almost. You just have to turn on the Hyper-V feature in Programs and Features.


As a precaution and fall back I have done the following to ensure I can still continue working with as little disruption as possible:


I must point out here that I've not had to use the Windows 7 VHD for anything other than exporting my Chrome bookmarks and transferring my files / tools over. Why not install Chrome and have all my favourites back? Well I'm doing this all or nothing. I'm testing as much of the new shiny bits as I can, this includes IE10 Metro and IE10 Desktop, thus importing the bookmarks into IE10.

I have been pleasantly surprised that so far everything has been running just as well as Windows 7 Pro full patched - minus the BSoD's caused by VirtualBox's dodgy USB drivers.


I'd just like to point out a few things I would like to see changed before the final version of Windows 8 is rolled out the door. 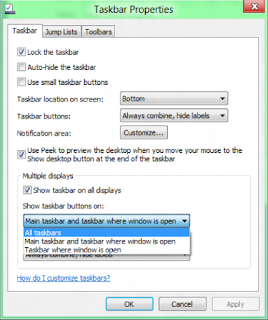 I've also just seen some of these issues may be 'fixed' in the final release, according to the Building Windows 8 Blog, though I'm not sure about the complete removal of the Aero theme, I still like the glassy effects and 'chrome' as they call it.

NOTE: I've been trying to steer clear of any Windows 8 blogs, reviews etc. for the last few weeks so my views don't get swayed.

So how has the experience been so far?

Superb. Though there is lots to learn, for both us the Windows 8 testers and Microsoft.